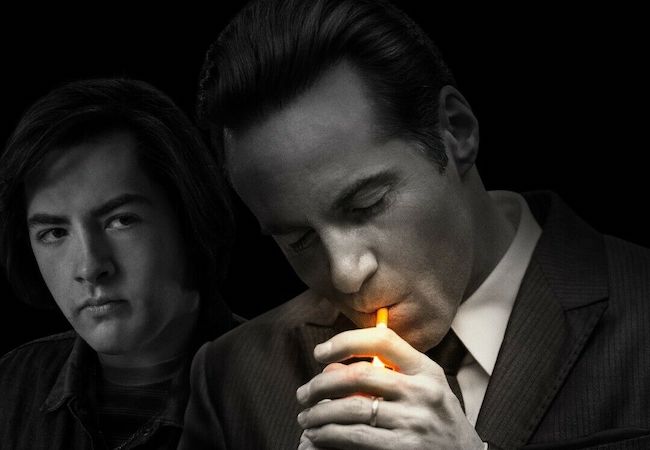 David Chase on Another Sopranos Prequel; Send us your trailers

David Chase on what it would take for him to do another Soprano prequel after The Many Saints of Newark; we’d love to share some great trailers for the movies you’re working on, as well as some behind-the-scenes photos; a pair of crazy Rick James stories. All in today’s Movie News Rundown.

But first : Here are interviews with some of the filmmakers featured in a recent celebration of Indigenous cinema hosted by our friends at New Filmmakers Los Angeles.

Meet Michael… and Robert: Director Michael Haussman wrote us this very funny play on the set of his movie The end of the world in a jungle in Borneo that included waters filled with crocodiles. The end of the world stars Jonathan Rhys Meyers as James Brooke, the character from the 1840s who inspired The man who would be king, heart of darkness and Lord Jim. Michael adopted the second name on set, Robert, for a reason we’ll let him explain.

Rick James: Has anyone watched Showtime Bitchin ‘: The Sound and Fury of Rick James? I’ve delved into two of the stories he understands: the time Rick James was in a band with Neil Young, and the time Rick James narrowly avoided being at 10500 Cielo Drive on the night of August 9, 1969.

David Chase: Deadline has a long and wonderful interview with Chase, creator of The Sopranos and co-writer of the excellent new prequel, The Many Saints of Newark. I would recommend not reading it unless you agree with some Many Newark Saints spoilers. Chase also says he would consider doing another prequel movie if he could write it with Terence Winter, a veteran of The Sopranos, the creator of Boardwalk Empire, and the author of the wolf of Wall Street.

Also: Add David Chase to the list of filmmakers (including Dune director Denis Villeneuve) who are very unhappy with the simultaneous release of their films in theaters and on HBO Max. Chase says he is “extremely angry” about the situation and may never have done The Many Saints of Newark if he knew it would happen.

Many Saints of Newark release date: The film, directed by Alan Taylor, will be released on October 1. As a big Soprano fan, I love it. I’m sure David Chase would appreciate it if you saw him in a theater, if you feel safe doing it.

No pimping: I finally watched The white lotus and read this Vulture interview with the creator of the series, the wonderful Mike White. He answers questions about why the show hasn’t punished some of its horrific and titled characters, and says something about pimping that I really enjoy: “I feel like I could create characters. which correspond to the political and cultural agenda of certain people and probably mine. It would be flattering. The purpose of art is to reflect something that feels real and conflicting.

Good trailer: Did you know that you can share the things you are working on in DM and where possible we will share them? This is the case of Robbie Banfitch, who directed the very spooky and very well done trailer for his film. The Outwaters. Take a look and find us below.

About Robbie Banfitch: “I’m Robbie Banfitch, writer / director / editor and graduate of the School of Visual Arts in Manhattan,” he writes. “I have spent the last nine years of my life working for the environmental organization Greenpeace and the last five years of my life directing three feature films. The first of them (The Outwaters) is ready to leave the nest. It’s a slow-burning naturalistic story about a group of travelers who encounter threatening phenomena while camping in a remote part of the Mojave Desert. … The goal is to scare people, and to do it with art. The film is currently submitted to festivals. (Hey Robbie, this list can help you!) You can read more about Robbie Banfitch and The Outwaters on this page Film Freeway.

Commentary of the day revisited: A recent comment of the day Todd Schoenberger noted his annoyance with the trailer’s trope of “shrill ringing to signify disorientation”. i just want to note that The Outwaters avoids this trope, while effectively using a lot of sounds in very efficient ways including: wind beating on … something (just at the start), hard to place hiss or gasp (0:07), stray guitar ? (: 14) and whatever’s going on that scary thing at the 18 second mark. The subtlety of all of these sounds immediately grabbed me and signaled that the people behind this trailer know what they are doing. This level of care inspires confidence that they will not waste our precious viewing time.

Main picture: Michael Gandolfini and Alessandro Nivola in the Soprano prequel The many saints of Newark.